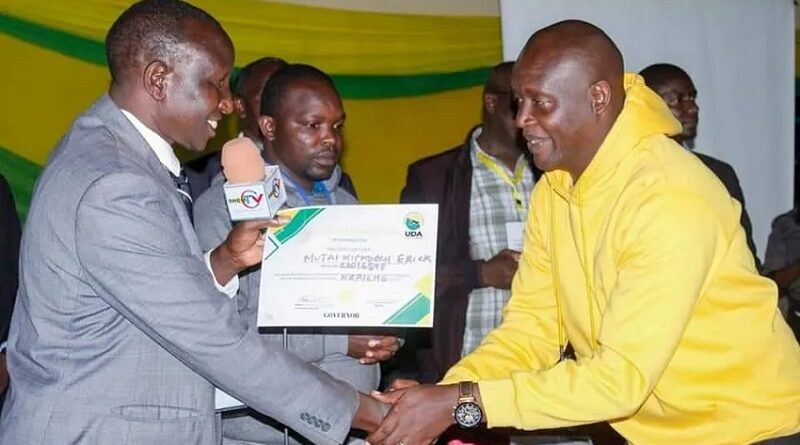 Popularly known as ‘the Equalizer,’ Dr. Mutai joined forces with Eng. Fred Kirui, who was previously running for governor but dropped out to be Dr. Mutai’s running mate.

Mutai, who described himself as coming from a poor family, thanked his supporters for standing by him after having received his nomination certificate at Kericho Tea Boys High School.

He praised the UDA leadership for the smooth nomination process, saying it was much more organized than the general election.

Kericho Green Stadium has been renamed in honor of Kenyan Olympic medalist Kiprugut.

How to watch Everton vs Manchester United – Live stream Links>>